Ariella McGuire May 4, 2021 Tourism In Turkey Leave a comment 37 Views 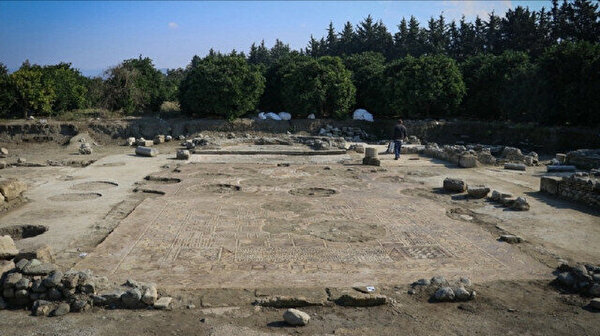 Turkey is placing its hopes in the health security program and the pandemic lockdown for the new tourist season after a rapid rise in the coronavirus wiped out many early foreign bookings and prompted Russia, its main source of visitors, to interrupt flights.

On May 4, Turkish Culture and Tourism Minister Mehmet Nuri Ersoy participated in a G20 online ministerial meeting under the rotating presidency of Italy.

“I shared my remarks for the resumption of tourism and the latest developments on the Safe Tourism Certificate in Turkey,” he said in a tweet.

About 30 million foreigners could arrive this year, twice as many as last year, if the lockdown succeeds in reducing daily COVID-19 cases to less than 5,000 from nearly 30,000 in recent days, the minister said. Tourism in Reuters on May 3.

“From June 1, we will open the tourist season, and if we can reduce the number of daily cases to less than 5,000, we can maintain our target of 30 million tourists this year,” he said.

After strict lockdowns and travel restrictions in the first months of the pandemic last year, Turkey launched a safe tourism certification program in June 2020. Under this program, thousands of hotels, restaurants, museums, travel agencies and other businesses in the hotel industry have been certified to be inspected regularly.

The program aims to create a safe atmosphere for tourists with strict health and hygiene measures.

Turkey’s tourism revenue was $ 2.45 billion in the first quarter, down 40.2% from the same period last year, according to the Turkish Statistical Institute (TÜİK). The number of visitors fell 53.9 percent to 2.6 million during the same period.

Foreign money spent by tourists is key to making up Turkey’s current account deficit, which was around $ 37 billion in 2020. Income fell 65% last year when the number of foreign visitors fell to around 16 million.

Turkey’s total tourism receipts are expected to reach $ 23 billion this year, up from $ 12.5 billion in 2020. In the new tourism season, which begins next month, Turkey expects strong demand for Russia, Germany, Ukraine, Poland, Great Britain and the Netherlands.

Some Turkish and Russian agents see a tough few months until August when they say Mediterranean and Aegean hotspots and historic sites in Istanbul and elsewhere could fill up again. Much will depend on last minute bookings, they said.

Ankara said Moscow’s decision to stop most flights until June 1 has stranded 500,000 tourists, up from a total of 2.1 million Russians who came last year and about 6 million before the pandemic.

Yana Starostina, director of Travelland agency in Moscow, said clients still wanted to visit Turkey, but added that she expects it won’t be possible until August.

Turkish foreign and health ministers are due to visit Moscow on May 12 to discuss travel.

Tourism accounts for around 12% of the Turkish economy and was the hardest hit sector last year, although the brakes linked to the virus have been gradually lifted by June 2020.

What salary conditions apply to Turkish work permits in 2022? – Employment and HR