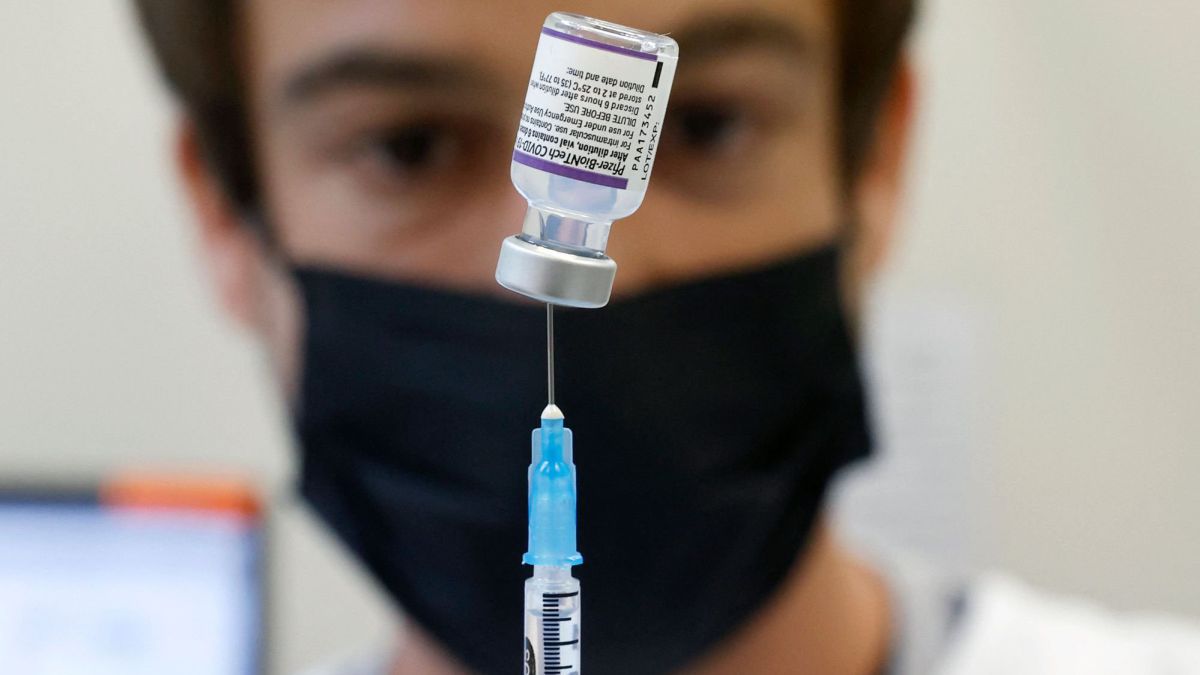 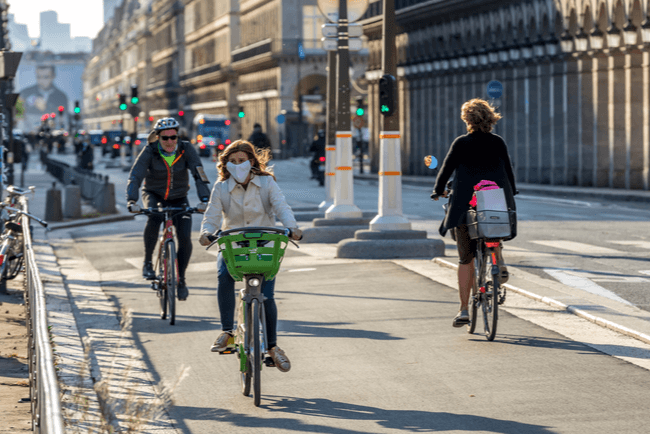 As India battles the massive surge in coronavirus cases in the second wave of COVID-19, many countries have resorted to the travel ban from the country. In March 2020, India announced the halt of all scheduled international commercial flights due to the national lockdown and since then regular operations have not started. Although India has launched the world’s largest repatriation campaign under the Vande Bharat mission, our government has also announced bilateral pacts with various countries to facilitate international travel.

India managed to establish an Air Bubble Pact with 27 countries, while flights were also operational to many other countries. This, however, is no longer true. Many countries have announced a ban on flights from India, while many have issued travel advisories to all passengers entering and leaving India. We are looking at all these countries announcing restrictions.

WHICH COUNTRIES HAVE RESTRICTED FLIGHTS FROM INDIA?

Since the number of COVID-19 patients increased due to the second wave, many countries have announced restrictions on flights from India. Here is a list:

– Although India does not have an air bubble agreement with Hong Kong, many flights have been operated under the Vande Bharat Mission to repatriate stranded Indians. However, Hong Kong has suspended all flights connecting it with India until May 3. The Hong Kong government’s move came after 50 passengers from two Vistara flights this month tested positive for COVID-19 during an arrival test. According to the rules, all passengers who wish to come to Hong Kong must have a COVID-negative RTPCR result with them from a test performed 72 hours before travel.

– While India earlier announced a ban on flights from the UK due to a mutant strain COVID-19, the UK has now announced a ban on flights from India due to the increase in cases and the fact that 7 Indians have been found with the mutant COVID -19 strain. The UK has put India on the red list. Air India subsequently suspended all flights to / from the UK until April 30, 2021.

– Under the new rules, passengers, Indian and international, who have visited India will not be allowed to enter the UAE unless they have spent 14 days in other countries. In the same vein, Emirates announced the cessation of all flights between India and Dubai. However, outgoing flights will continue to operate and the ban will not apply to UAE citizens, diplomatic passport holders and official delegations.

– Our neighboring country has also decided to ban travelers from India for two weeks. Pakistan’s National Command and Operations Center (NCOC) has made the decision to impose a two-week travel ban. There will be a ban on incoming passengers from India by air and land, ”the statement said.

– New Zealand was among the first nations to announce a temporary ban on travelers from India, including its citizens, from April 11-28. The travel ban came after 17 of 23 newly detected coronavirus cases came from India.

– Although there is no scheduled flight service between Iran and India, Iranian news agency IRNA reported that the country’s civil aviation agency has banned all flights to to and from India and Pakistan due to the dramatic surge in coronavirus cases in both countries. IRNA said the decision was taken by Iran’s health ministry and would take effect at midnight on Saturday.

– Australia has suspended all direct passenger flights from India until May 15, PM Scott Morrison confirmed. The decision came to prevent more virulent coronavirus variants from entering the country following an increase in the number of positive COVID-19 cases in the world’s second most populous country. Earlier, the state of Queensland urged the federal government to halt all flights from India due to the high risk of potential COVID-19 outbreaks due to highly contagious virus variants in the quarantine system hotels across the country.

-The Netherlands has said it is suspending all passenger flights from India from Monday amid an increase in coronavirus infections in the country. The theft ban was announced on Sunday evening after Cabinet received new advice from public health agency RIVM, the NL Times reported citing Infrastructure Minister Cora van Nieuwenhuizen in a letter to Parliament.

– Thailand has suspended the issuance of travel documents from India over concerns over imported coronavirus cases as more places were closed in Bangkok on Monday as part of efforts to contain a third wave of infections in this Southeast Asian country.

– Italy has joined other countries in imposing restrictions on travel from India to prevent the spread of a variant of COVID-19 as the Asian nation grapples with an increase in infections. Italy’s Health Minister Roberto Speranza said on Twitter that he had signed an order barring foreign travelers who were in India in the past 14 days from entering the country.

– The Portuguese government has extended travel restrictions to and from countries, including India, which are most affected by the Covid-19 pandemic until May 16. According to the Ministry of Internal Administration, for travelers to and from countries with an incidence of Covid-19 rate equal to or greater than 500 cases per 100,000 inhabitants, only flights deemed essential are authorized, for example for reasons professional, study, family reunification, health and humanitarian.

– The Nepalese government has decided to stop all international flights until May 14 in an effort to curb the growing spread of Covid-19. Foreigners arriving in the Kathmandu Valley are subject to a mandatory 10-day quarantine in hotels upon arrival.

– Kenya’s health ministry has said it is suspending flights to and from India amid the coronavirus outbreak in that country.

WHICH COUNTRIES ISSUED A ADVISORY FOR TRAVEL TO INDIA?

– The Center for Disease Control and Prevention (CDC) in the United States has made a series of guidelines and recommendations for people traveling to India from the United States. Warning people against the spread of the deadly virus in India, the CDC has recommended people avoid traveling to India in the current situation where even fully vaccinated people are at risk of catching the virus.

The national health agency further added that if someone is to travel to India, they must first be fully vaccinated against Covid-19 and, once arrived in India, follow covid safety protocols such than washing hands, maintaining a distance of 6 feet, and wearing marks at all expense to ensure they do not contract the virus.

– Israel on Thursday issued a travel advisory warning citizens, including those who have recovered or been vaccinated against COVID-19, to refrain from travel to India, Ukraine, Ethiopia, Brazil, South Africa, Mexico and Turkey due to the high rates of COVID morbidity in the seven countries.

– With a large Indian diaspora, Singapore on Tuesday announced new security measures, including fewer approvals for people coming from India. All travelers to India are now required to self-isolate for seven days at a residence after spending 14 days at a facility dedicated for those serving a stay-at-home advisory.

– Germany has classified India, Qatar, Oman, Tunisia and Cape Verde as new “high incidence areas” of coronavirus due to the number of infections in that country, the Robert Institute said on Friday. Koch (RKI) for infectious diseases. incidence zones must register with German authorities before traveling, then quarantine themselves on their return.

– The Maldives, the island nation famous among Indians for their recreation, has joined with other countries in issuing a travel advisory for Indians visiting the country for tourism activities. In accordance with a directive issued by the Maldivian government, they suspend tourists traveling from India to the Maldives from staying at tourist facilities on inhabited islands. The order will be in effect from April 27.

– Israel has banned its citizens from traveling to India and six other countries, citing high rates of COVID infection there. In a joint press release issued Friday by the Israeli Prime Minister’s Office and the Ministry of Health, it was stated that Israelis would not be allowed to travel to Ukraine, Brazil, Ethiopia, South Africa, in India, Mexico and Turkey. These regulations will come into effect on May 3 and will remain in effect until May 16.

Previous How Air Peace and other airlines were restructured to reduce survival costs
Next The Next Generation of Tourism Experiences by Museum Edutainment, LLC