Best things to do at Caddo Lake 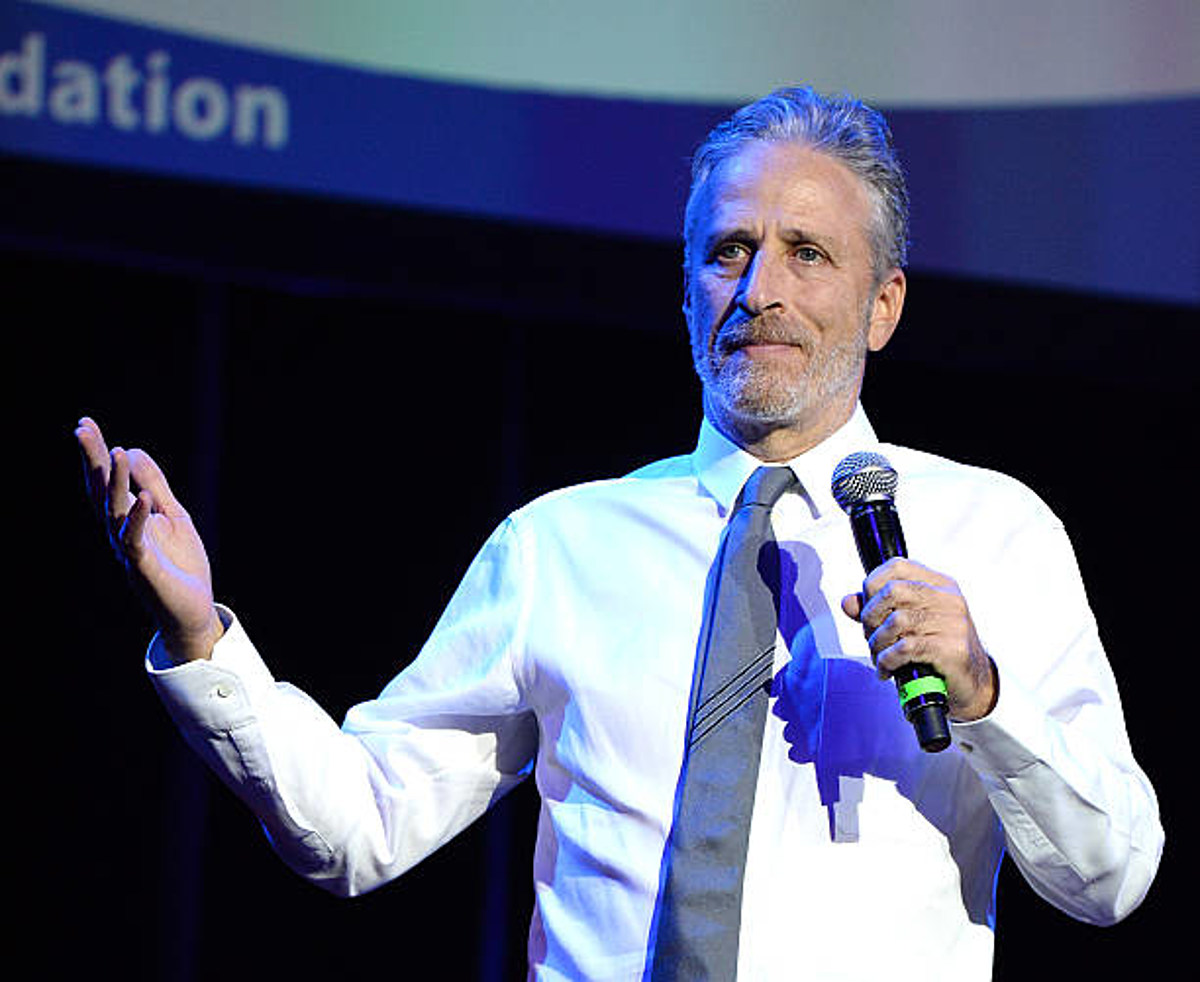 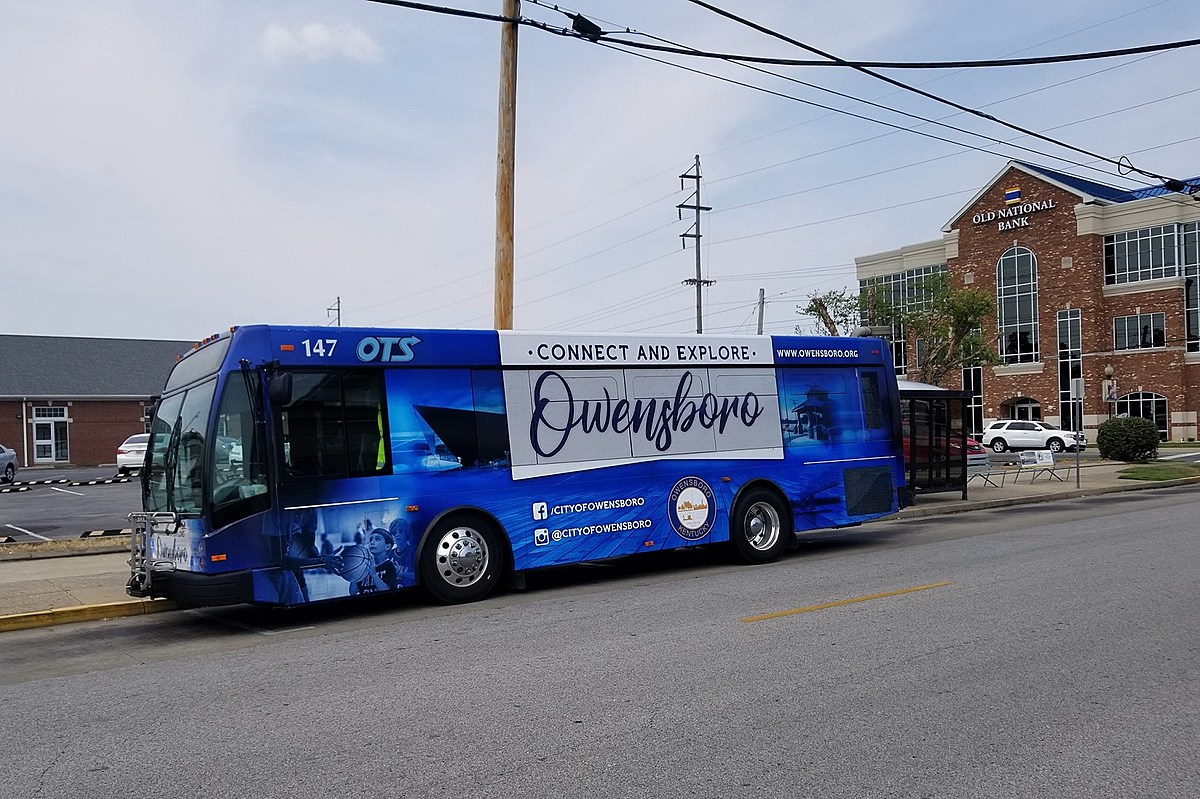 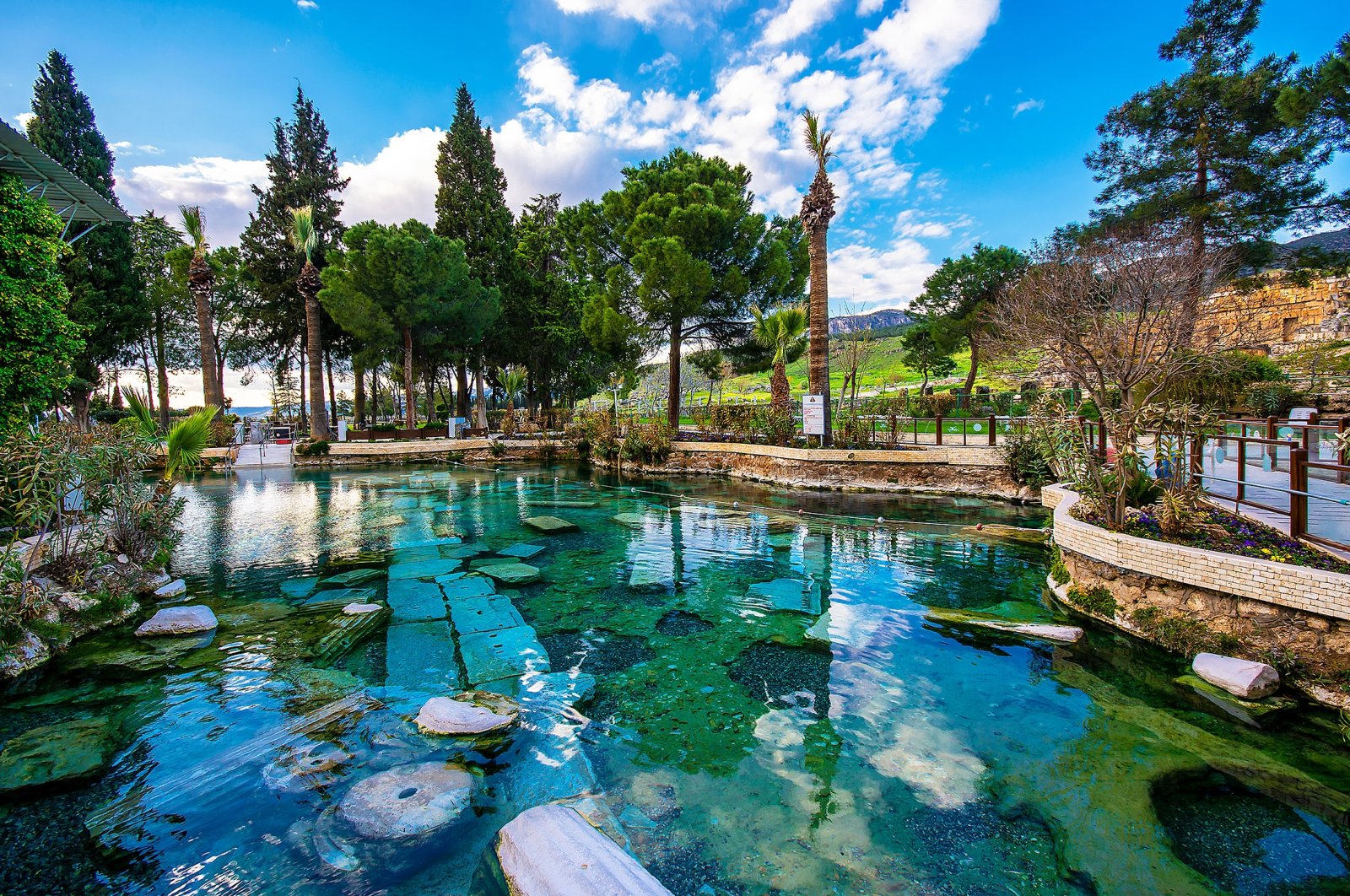 Caddo Lake straddles the Texas-Louisiana border in northeastern Texas. It is known for its forest of cypresses which dominate the shallow murky waters. People come to Caddo for its beauty. It covers over 25,000 acres and is a popular location for fishing, boating, and photography.

Caddo cypress trees are typically draped in wispy Spanish moss and turn a brilliant green in the spring before turning to rust in the fall. For most of the year there is a dramatic smoky haze that emerges from the water in the morning, much to a photographer’s delight.

Caddo is a wetland protected by the International Ramsar Convention. The Convention on Wetlands is an intergovernmental treaty that provides a framework for national and international cooperation for the conservation of wetlands and their resources. It hasn’t always been that way. In the 1920s, oil and gas drilling platforms dotted the lake and the waters were heavily polluted. An effort to preserve the natural beauty of the lake is led by singer Don Henley, one of the Eagles’ lead singers, who grew up around the lake.

I spent two days on Caddo with guide John Crawford and his dog Mia. John is a retired steelworker and the go-to guide for lake photographers. He has guided clients from all over the world on this photogenic waterway.

The lake is one of the few natural lakes in Texas. It was formed by a raft of dead trees several miles away that gathered over the centuries and clogged the Red River. The raft was removed in the 1870s when the Army Corp of Engineers blasted the trees, allowing water to flow freely. This drained the lake and allowed river boats to come up. At that time, water flowed along the Red River and then down the Mississippi River, leading to New Orleans. In the late 1800s, steamboats plied the river, and the upstream town of Jefferson, Texas became a major river port. It ended when the federal government built a dam on the river in the early 1900s. The last river traffic on the lake was recorded in 1903. Historians say the dam was built when oil companies lobbied on Congress for a structure that would lift enough water so they could float equipment in drilling sites on the Louisiana side of the lake.

The world’s first overwater oil well was drilled in Caddo Lake in 1911. Drilling continued until the 1920s when the fields dried up.

The Army Corps of Engineers built a new larger dam in the 1960s, raising the lake to its current level.

Things to do at Caddo Lake

There are marked water trails around the lake. You can bring your own boat or kayak. But you’ll only find two public boat launches – one at Caddo Lake State Park and the other at Mooringsport Dam on the Louisiana side of the lake. There is a private ramp at Backwater Jack’s RV Park and Marina.

Many people go on rides with a number of pontoon boat tour providers. A Google search will give you a lot of options. These walks generally last around 2 hours. Prices are generally around $ 35 per person. Early in the morning or evening, it is recommended to enjoy the most picturesque views and observe wildlife.

Great blue herons, snow egrets, and ospreys are commonly seen along the lake, especially in the morning when looking for a fish breakfast. Eagles are more rarely seen. A long telephoto lens is recommended for photographers wishing to photograph these birds up close.

Fishing is one of the main attractions of the lake. There are over 80 species of fish in Caddo’s waters. Anglers can hook on bass, crappies, chain pickerel, catfish, and sunfish. A flathead catfish weighing over 55 pounds has been recorded in the lake. The record for largemouth bass exceeds 16 pounds. There are fishing guides that can put you in the right place. A Texas fishing license is required.

Unfortunately, in recent years a water-based weed, the giant Salvinia, has taken over the lake during the warmer months. The invasive plant grows quickly and obstructs waterways, blocking boat traffic. Even canoe and kayak trails are affected. The state of Texas has tried spraying, but the weed is growing so fast it’s hard to keep pace. The latest effort is the release of imported bugs that feed on the giant Salvinia. So far, the grass is winning the battle.

Henley is the co-founder of the Caddo Lake Institute, an organization dedicated to preserving the woods and waters of the lake. The institute works with the states of Texas and Louisiana, and local communities, on efforts to restore water quality and preserve the lake’s natural wetlands. He also works with partners on the search for invasive species such as the giant Salvinia.

Where to stay in Caddo Lake, Texas

Caddo Lake State Park has a large campground with hookups for RVs and tent campers. The campsite is nestled in the woods, on the edge of the lake, with access to the boat launch nearby. Cabins are also available.

The towns of Uncertain and Karnack are located by the lake and have fishing camps and RV parks. Pine Island RV Park is a small campground in Karnack near the water. It has hookups, showers and a laundry room.

A popular camping spot is Backwater Jack’s RV Park and Marina in Karnack. This is mainly for motorhomes, but you can also pitch a tent. There are 29 campsites. There are also lakeside cabins for rent.

About 7 miles from the lake is the town of Jefferson, and there are a number of inns and bed and breakfast hotels located in the historic part of town. There are also restaurants nearby in the city center.

There are 10 cabins at Caddo Lake State Park. Occupancy varies from two to six people. Rates range from $ 75 to $ 115 per night. A cabin, without bathroom, is rented for $ 40 per night. Some cabins do not have a stove or refrigerator. You must bring your own bedding. Go to the website for more details.

Cabins are available at Cabins On Caddo Lake, a private property in the community of Uncertain. There are three chalets and one chalet. Rates range from $ 75 to $ 150 a night, with a two-night minimum.

There are plenty of grilled and fried options on the menu at Riverbend Restaurant in Karnack, including catfish, rockfish and chicken. There is a large screened-in dining terrace overlooking the bayou.

If you like catfish, the Big Pines Lodge Restaurant and Watering Hole is a good place to find it… probably freshly caught the same day. My lunch here was a huge country fried chicken sandwich, onion rings, and a Texas-brewed Shiner Bock beer. My cell phone didn’t have restaurant service so the waitress let me use her phone to make a call. Now it’s the service. Big tip.

Mexican restaurant Aseret is an unassuming little place in Karnack for tacos, burritos, refried beans, and rice. The salsa is fresh and homemade. The owner, Jacob, often pulls out his guitar and serenades the guests.

The Caddo outpost in Karnack is open for breakfast and lunch. It also sells produce, groceries, beer and wine.

The closest thing to fine dining is the Knightlight Theater and Wine Tavern in Jefferson. The restaurant advertises itself as a steakhouse, but also offers burgers and pizza. The theater hosts comedies, plays, musicals and movies. Go to the website for more details.

Things to see and do away from Caddo Lake, Texas

Plan a visit or even a stay in Jefferson, located on US Highway 59, west of the lake. The city dates back to the 1840s, so pretty much everything in town is called historic. At one time, Jefferson was one of the busiest river ports in Texas when steamboat traffic followed the Red River into the lake. After the dam was built in the early 1900s, boat traffic stopped.

Today, Jefferson is a popular weekend getaway for people in the Dallas-Fort Worth area. In addition to the guesthouses, there are several hotels, restaurants, a general store, a local museum, and even a fudge shop.

Take the electric streetcar for a 1-hour tour of the historic Jeffersonian District. There are also bikes for hire if you want to take your own self-guided tour through the brick streets of the city center.

Every spring there is the annual Jeffersonian Pilgrimage, which offers tours of historic homes and gardens. There is a live show of Bessie Diamond, a play about a notorious murder victim in the 1870s.

Another annual event in Jefferson is the Battle of Big Cypress Bayou, a Civil War reenactment. It usually takes place in the summer.

The beauty of the cypress trees around Caddo Lake is best appreciated by boat. Go on one of the pontoon boat tours or bring your own boat. I explored in my kayak and took a boat trip with John Crawford.

Spring and fall are the best times to go. In spring, the cypress is a brilliant green. In the fall, the trees turn reddish. Due to the giant Salvinia problem, summers on the lake are difficult for boats to navigate the waters. The giant roots of Salvinia float in the water just below the surface and the plants are blown away by the wind. Navigation is based on wind conditions. Some years are worse than others, so call ahead to check conditions.

If you’re camping, Caddo Lake State Park has a great campground, with shady spots nestled in stands of pine and cypress trees. The park has recently renovated its showers and toilets. I went there in spring and fall. It truly is one of the best state parks in Texas.

There are beautiful lakes in Texas that offer a variety of outdoor activities: 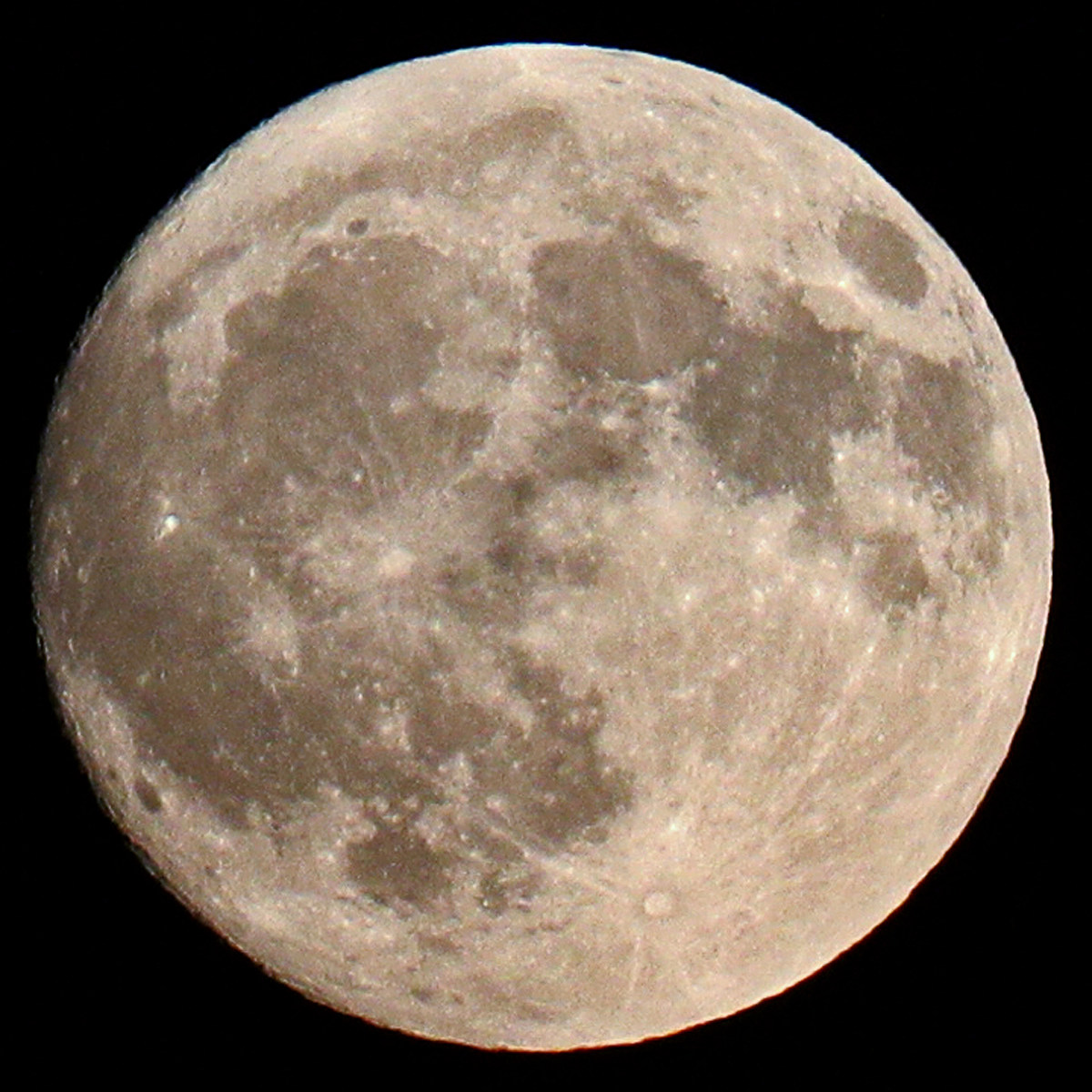